I know this has absolutely nothing to do with lawn care, but having writer's block, I am going to write about a recent weekend getaway trip I took to Bowling Green, Kentucky.  For those of you who do not know, Bowling Green is about an hour north of Nashville off I-65.  I found out about this place after stopping here with family back in 2008.  This was now my fourth trip.  I will start with the southern most hot spots and work my way north.  Off east exit 22 was our hotel, a Quality Inn, a mediocre hotel with great breakfast and the allowance of pets for an additional fee.  The day receptionist was simply wonderful.  The room was small yet clean, the beds comfortable, and the shower had a few draining issues, but I would definitely stay here again.  Head west on exit 22 (Scottsville Road) you will soon come to the Greenwood Mall which by no means is a Wolfchase Galleria, I would say a bigger, better Oak Court Mall with a rad food court.  Of course the original intent to visit this mall was to go to Old Navy and purchase their flip-flops on dollar flip-flop day which of course I was a day off and had to pay full price.  I sucked it up and still walked out of there with a bag full of summer delight shoes anyway.

Shortly yonder of this mall is perhaps one of the greatest cave systems I have personally seen in Kentucky called Lost River.  Along with gem mining, you can hike beyond the butterfly exhibit, zip line amongst the trees, become one with a blue hole, but most importantly experience one of the many hidden features of Kentucky, the Lost River Cave, an underground cave that you can explore upon a river.  Naturally, this place is pet friendly. 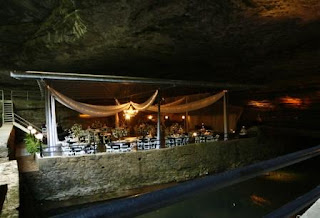 If you get back on the highway and head north, exit 28 is where you would get off and head west to Beech Bend.  If you have children, I would highly recommend spending an entire day here.  You will find that 39 dollars will get you an all day pass to both the amusement and water park where they also provide SPF-30 sunscreen.  The amusement park itself contains one big wooden roller coast and a few small ones while the rest of the rides will remind you of ones you will see at a county fair.  There is also a petting zoo, which only consisted of goats and not the fainting ones either.  Unfortunately, being pregnant, I was limited on the stuff I could do so I spent much of the day in the lazy river. 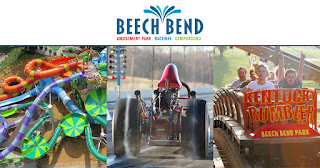 Exit 48 off I-65 is what you would take to go to Mammoth Cave National Park which consists of over 400 miles of caves.  Now, I personally have not been to this cave but eventually intend to.  This is one of the largest tourist attractions in the area. 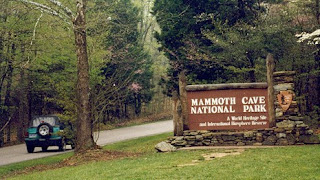 Five miles north of that exit is my favorite exit in Kentucky for a multitude of reasons.  Number one, the world's best A & W fast food restaurant exists here.  The nearest one to here is off exit 108 in White House, Tennessee but I would strongly recommend avoiding that one like the plague.  This exit, number 53, will lead you to some rad little general stores and gift shops if you head west.  After you pass these stores you will come to Kentucky Action Park.  I spent 35 dollars for an all day family pass.  This allowed the kids to ride the ski-lift countless amounts of time.  At the top of the ski-lift, they could head down the mountain in a competitive manner on what are called alpine slides or if I felt like splurging some more, zip lines.  Aside the alpine slides, there are bumper boats, bumper cars, go-carts, and mini-golf.  There are many other things to do on this strip like Dinosaur World, a wax museum, fudge factory, and a Mammoth Cave animal exhibit we have done in the past along with other things that we have not attempted yet. 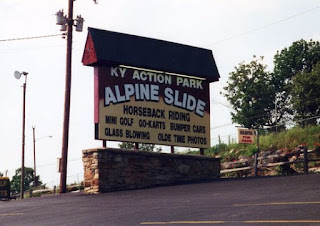 Just a few miles north you will approach Horse Cave Kentucky's Kentucky Down Under.  This is a must stop.  From the outside it appears to be rather lame, but I promise this is a great way to spend the afternoon.  This place is dog friendly as long as leashes and good behavior entail.  Basically, it is a smaller Australian dedicated zoo with good food at a fairly inexpensive price.

I cannot really tell you much more about what is north of this exit.  I personally know that in Elizabethtown, the Comfort Inn & Suites is a nice hotel to stay.  North of that is Louisville, but other than a family wedding, I have not spend much time there but plan to in the future.  Kentucky is a place I would seriously consider relocating to, but of course not until the kids are grown.  The crime is low, the education system is better, and the people seem friendlier.  Kentucky!!  Just go!!
Posted by Mow and Blow Lawn Service at 12:33 PM

Mow and Blow Lawn Service
Mow & Blow Lawn Service is a lawn care company located in the heart of Bartlett, Tennessee. We provide lawn services at reasonable prices. We work in all types of lawn care servicing and maintenance from Mowing, Trimming, Leaves, Flower Beds, Gutters, and more. No job is too small. We pride ourselves on Quality and Dependable Service.